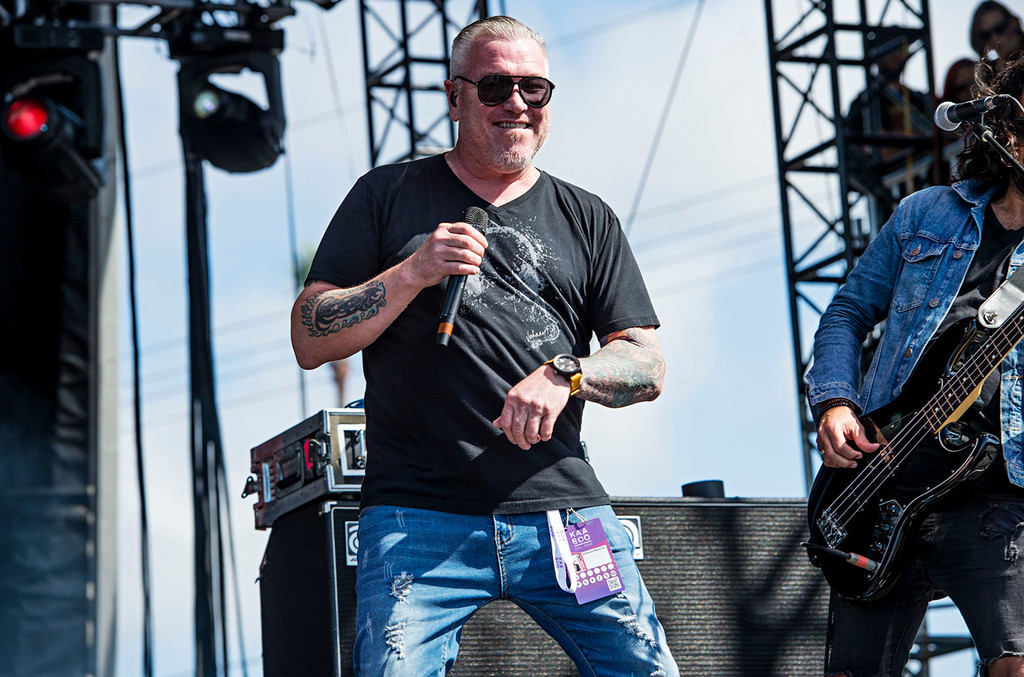 Smash Mouth got bad press for their concert in South Dakota earlier this month. They also got hate mail.

Despite the raging pandemic which has taken more than 170,000 lives across the U.S., and against conventional medical advice, Smash Mouth went and performed Aug. 9 at the Sturgis Motorcycle Rally’s Buffalo Chip concert series.

Images from the show traveled fast on social media, in particular footage of singer Steve Harwell who could be can be heard saying, “We’re all here together tonight. F–k that COVID s–t!”

The message fell flat with some. Earlier this week, the California rockers uploaded a photo of an angry hand-written letter, framed by a Smash Mouth CD snapped into small pieces. “Recent fan mail,” the post reads.

The “All Star” band and their team assure the gig was a safe one. “The promoter did a fantastic job with their Covid protocol. They had a very strict social distancing and mask policy in place for all workers,” manager Robert Hayes told Billboard in an email earlier in August.

“Everything backstage was sanitized, etc. The band has their own Covid addendum to their rider as well and the promoter and venue adhered to all of our requests. We spent endless hours advancing this event to make sure that it was pulled off as safely as possible and we are very happy with the outcome.”