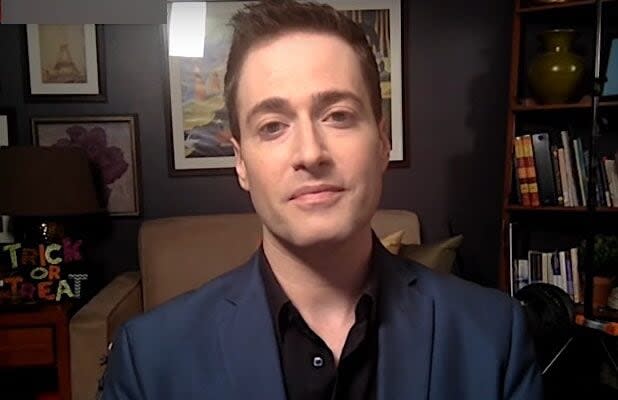 Randy Rainbow ‘Deeply’ Apologizes for ‘Racist and Awful’ Old Tweets: ‘They Make Me Sick to My Stomach’

Randy Rainbow, a comedian and performer best known for musical theater parodies critical of President Donald Trump, has apologized following the surfacing of numerous old tweets that feature racial stereotypes and slurs referencing transgender people.“Twitter has recently reminded me about 10 years ago, in my maiden quest to be funny, I tweeted some jokes that were completely offensive and insensitive to look back on them now, especially with no context or nuance and through the prism of where we are in 2020 with racial inequality and the fight for social justice, which I’m proudly a part of,” Rainbow, who is openly gay, told The Advocate in an interview published Thursday. “In light of issues that are now at the forefront, which I’m passionate about and have spoken up about over the years, these tweets just sound racist and awful. I’m embarrassed by them. They make me sick to my stomach, in fact, and I deeply apologize to anyone I offended.”The tweets in question, some of which have been deleted, were posted from 2010 to 2011 and surfaced earlier this week, published by outlets like LGBTQ Nation and Queerty, which have screenshots of the posts. Rainbow’s tweets include jokes about Mexicans demonstrating “laziness” and stealing phones and a “large Black man” character who sells crystal meth. Other tweets shared by the outlets show Rainbow repeatedly using slurs to describe transgender people.Also Read: Randy Rainbow Under Fire for Old Tweets With Racial Stereotypes, Transgender Slurs“The comedy landscape was completely different back then,” Rainbow told The Advocate, referring to when he wrote the tweets while creating the “character” he’s become famous for. “This kind of edgy shock comedy was not only acceptable but a prevalent style. I was an aspiring comedian in my 20s working the stages in gay nightclubs where we said the most outlandish, raunchy things we could think of. I was searching for my comedy voice, my persona, and I was emulating styles and jokes of people that I was seeing in the mainstream.”He continued: “I am incredibly sorry. I would never intentionally do anything to hurt anyone. I learned many years ago, over the last decade, that there are things that you must be sensitive about. There are issues that I was not aware of back then. In 2010, we weren’t anywhere near where we are now. Right now, systemic racism is killing people, anti-Semitism is on the rise, Black trans women are being murdered at a horrifying rate. And the insensitive words of those actually in power are actually killing people. I continue to educate myself, I continue to listen and learn.”“I am in no way a racist. I am in no way transphobic,” Rainbow added. “I’m a gay Jew who was brought up in a very open, accepting family. There is not a racist or intolerant bone in my body. When I say that I have evolved with the times, I mean that my comedy has. I did not need to be taught not to be racist or transphobic because I never was.”Also Read: Randy Rainbow Triumphantly Parodies 'Camelot' in Honor of 'Kamala'According to The Advocate, Rainbow — whose most recent parody tune was in celebration of Joe Biden’s vice presidential running mate pick, Sen. Kamala Harris — says that he’s been “politically targeted” and there is an “ongoing investigation” into the situation.“I’m being threatened. I’m being harassed,” Rainbow said. “It’s no coincidence that it’s happening in the midst of a very contentious election because I use my platform every day to speak truth to power and shine a light on inequities and injustices of the world, and expose truly intolerant and racist people. There are nefarious people out there who want to silence me because they don’t like what I really have to say.”Read original story Randy Rainbow ‘Deeply’ Apologizes for ‘Racist and Awful’ Old Tweets: ‘They Make Me Sick to My Stomach’ At TheWrap