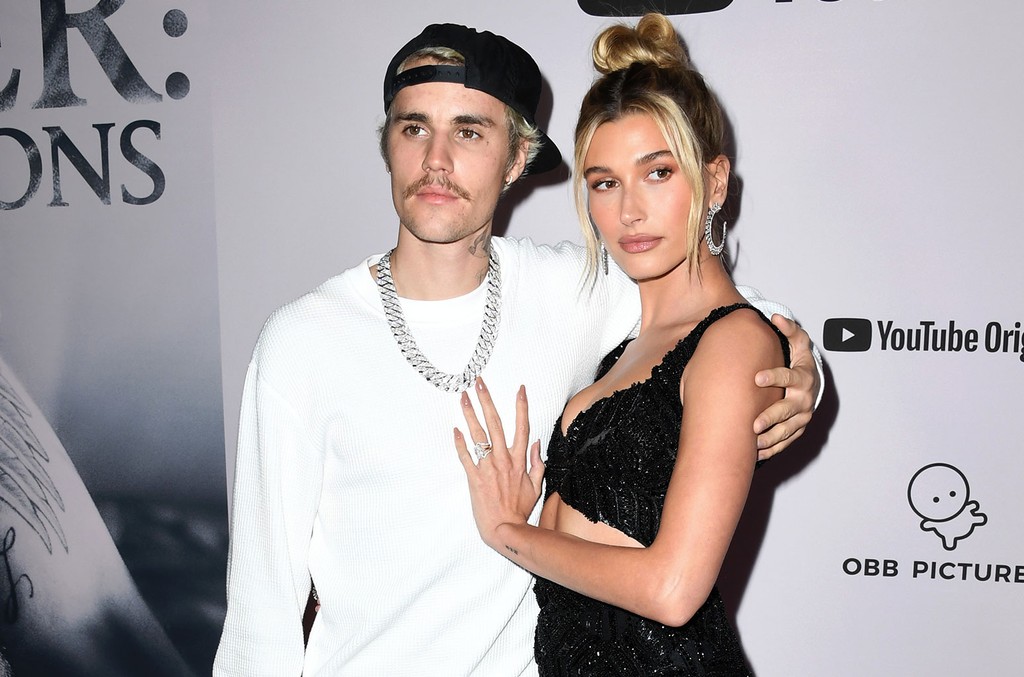 Biebs is back! And this time, he’s rocking with some heavyweight pals.

Justin Bieber is the feature artist on DJ Khaled and Drake’s “Popstar,” the music video for which dropped at midnight.

Helmed by Director X, the hilarious new clip opens with Khaled constantly hassling Drake to appear in his music video. “This guy is off his rocker,” says a frustrated Drizzy. “Every 5 seconds on my phone (he’s) asking me for something.”

So he calls in a favor and hits up his compatriot, Bieber. The pop star is happy to help. Bieber’s living the high life in a mansion surrounded by party people. When he’s not wearing funky threads, Bieber is wearing very little — and revealing his impressive set of tattoos.

Bieber’s wife Hailey makes an appearance, as does his manager Scooter Braun.

The artists continued the fun and games over on Instagram. “Thanks JB…I owe u you one,” Drake wrote. Bieber responded, “Anytime.” And Khaled chimed in, “Thank u DRAKE AND JB I OWE U YALL A FEW!!!!!!!!!!!”

Thanks JB…I owe u you one.

Bieber trended through the night on social media as fans soaked up the visuals (and checked out his ink).

Bieber and DJ Khaled have hit-making history. The pair worked together with Quavo, Chance the Rapper and Lil Wayne on their global No. 1 from 2017, “I’m The One.”