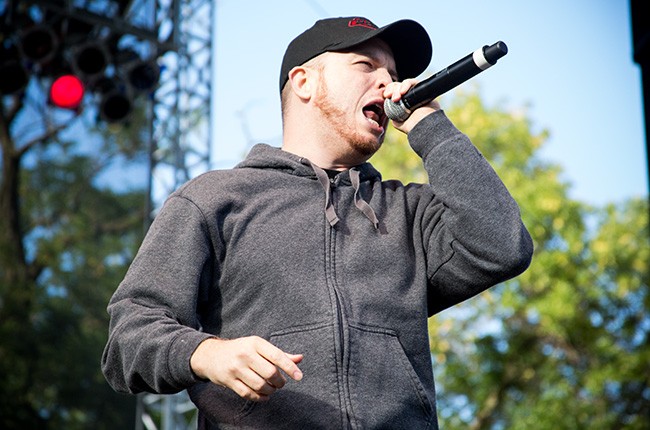 Hatebreed Is Cooking up Something Different With ‘Jasta Pasta’

Hatebreed’s Jamey Jasta is rocking out on a new venture. Pasta.

The Bridgeport, Connecticut natives and their frontman flip the script with the Jasta Pasta brand, which sounds like everything you never associated with them: “Simple ingredients, the slow process and the wholesome experience.”

From 5pm ET today (Sept. 8), 15 oz bags of “Perseverance Penne” are racked on the Martyr Store, alongside death metal and deathcore merch and goodies, from shirts, beer mugs and more.

According to the blurb, Jasta Pasta is made from flour “sourced from North Dakota, where some of the highest-quality Durum Semolina wheat is grown.”

Each bag will set you back $8.

We’ve officially begun production on #JastaPasta and this batch came out AMAZING! We will start taking pre-orders at Martyrstore.net next week!! LINK IN BIO! My Perseverance Penne is the bomb and this is the first of many great pastas to come! Randy’s Rigatoni @drandallblythe ?! Miret’s Macaroni @rogermiret ? How about some Suicidal Spaghetti ?! @suicidaltendencies Move over Barilla there’s a haaaarrrrrd chef coming through!!! You want some Fafara Farfalle ?! @dezfafara let’s gooooo!! What about some @georgecorpsegrinder capellini or some Zetro Ziti @zetrodus ?! Leave a comment and lemme know!

The Grammy-nominated metalcore veterans have also been busy cooking up new music. A new, eighth studio album Weight of the False Self was originally slated to drop on May 29, but was delayed due to the pandemic.

False Self is the followup to The Concrete Confessional, which peaked at No. 25 on the Billboard 200 following its release in 2016.