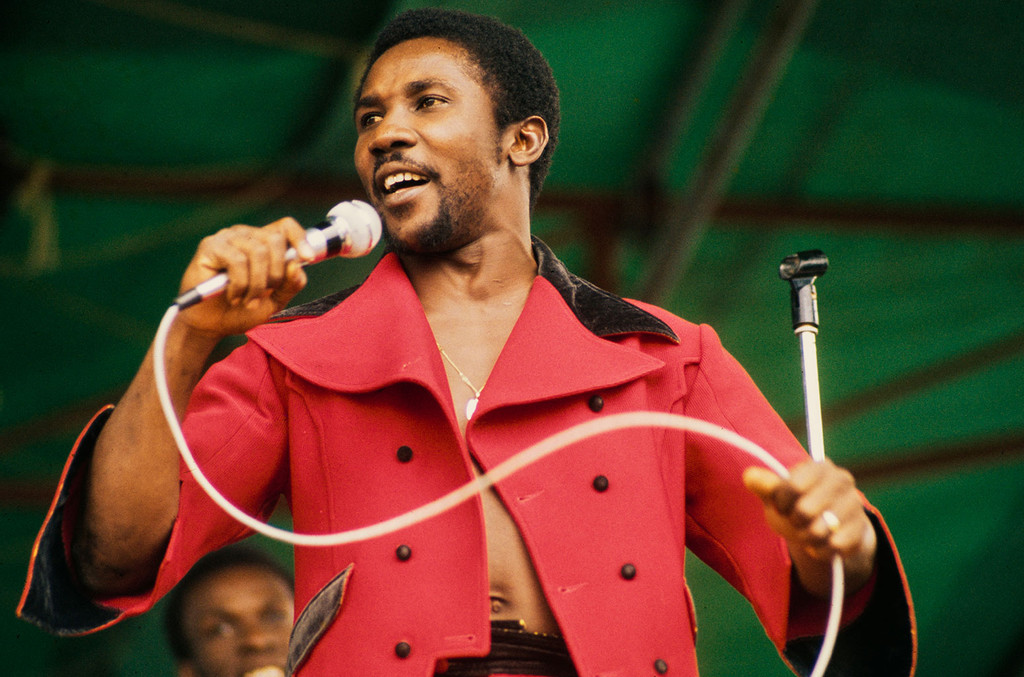 Frederick Hibbert, better known by his “Toots” alias as leader of the legendary ska outfit The Maytalls, died on Friday. (Sept. 11).

His death was announced on his eponymous band’s social media accounts, saying that the singer/songwriter “passed away peacefully tonight, surrounded by by friends and family at the University Hospital of the West Indies in Kingston, Jamaiaca.” No cause was given, but last week, it was reported that Toots was in an intensive care unit as he awaited results of a test for COVID-19. He was 77 years old.

Toots was born to Seventh-day Adventist preachers in Jamaica in the early ’40s, and as a teenager, moved to the Trenchtown neighborhood of Kingston, commonly known as the birthplace of reggae music. There, he met Ralphus “Raleigh” Gordon and Nathaniel “Jerry” Matthias, and formed the Maytals as a vocal trio — eventually rebranding as Toots and the Maytals, after a nickname given to Hibbert by his brother as an infant. Toots would soon set himself apart as a frontman with his soulful vocals, incisive lyrics and dynamic, high-energy stage presence.

The group grew in popularity in their home country through the ’60s, thanks to catchy singles with off-beat rhythms in a style that, along with contemporaneous works by artists like Prince Buster and the Skatalites, came to be known as ska music — a precursor to reggae, a term the Maytals also helped catch internationally with their 1968 hit “Do the Reggay.” Toots was jailed for marijuana possession for a year and a half in the late ’60s, but while it stalled the group’s career, it also spawned one of their best-remembered songs, in 1968’s simultaneously anguished and irresistible “54-46, That’s My Number.”

In the early ’70s the band’s influence also spread to Britain, thanks largely to a deal with British music impresario Chris Blackwell’s Island Records, and then to the U.S., with the release of the acclaimed 1972 film The Harder They Come and its iconic accompanying soundtrack — which featured two Toots and the Maytals songs, including perhaps their signature single, 1970’s “Pressure Drop.” The group hit the Billboard 200 albums chart twice in the back-end of the ’70s, with the U.S. version of their Funky Kingston LP in 1975 (No. 164) and with Reggae Got Soul in 1976 (No. 157).

Reggae would come to worldwide prominence in the ’70s with the rise of the Maytals’ ’60s peers the Wailers, led by the genre’s most recognizable star, Bob Marley. Later in the decade, ska would also experience a major revival in the U.K., in conjunction with the nascent punk scene, sparking a revival of interest in Toots and the Maytals — including covers by leading lights The Specials and The Clash. The group split in 1981, with Toots continuing to record as a solo artist, before reuniting in the ’90s and continuing to record and tour through the late 2010s, remaining a consistent live draw and festival presence, and even embarking upon a 50th anniversary tour in 2018. The band’s latest album, Got to Be Tough, was released just this August.

Toots and the Maytals remains one of the most internationally venerated acts in the history of Jamaican music, influencing artists ranging from Amy Winehouse to Sean Paul and receiving their own BBC documentary, Reggae Got Soul: The Story of Toots and the Maytals, in 2011. In 2012, Toots was awarded the Order of Jamaica, the fifth-highest designation in the Jamaican honours system. “When I perform anywhere, not just Jamaica, the 16, 17-year-olds, everybody come to see me and they learn from me,” he said at the ceremonies. “The young ones of today have to learn from us.”

It is with the heaviest of hearts to announce that Frederick Nathaniel "Toots" Hibbert passed away peacefully tonight,…

Posted by Toots and the Maytals on Friday, September 11, 2020